The year 2012 will be regarded as a ‘black spot’ in the contemporary history of Azerbaijan in terms of restrictions on the freedom of expression.

As such, except for the release of 2 journalists and 2 human rights defenders from jail through a pardon decree issued by the president on December 26, the Azerbaijani government has not taken any noticeable or positive step to improve the freedom of expression situation in the country. At the same time, it should be noted that two prestigious international events, the European Broadcasting Union’s Eurovision 2012 Song Contest and the 7th Global Internet Governance Forum, that Azerbaijan hosted this year drew international attention to a broad range of human rights issues in the country. However, despite the seizing of the opportunity offered by these events to introduce a series of reforms to better protect freedom of expression, the Azerbaijani government chose to further toughen legislation, continued to arrest journalists on trumped-up and politically motivated charges, pursued psychological harassment and smear campaigns against them, and created an environment of impunit y for attacks on journalists thus further triggering such assaults.
Investigative journalist Khadija Ismayilova, well known for her investigations into the illegal business affairs of the ruling family, becamme the biggest victim of 2012 after a dirty blackmail campaign was conducted against her in March of this year. After Ismayilova had refused to yield to the demands for her to stop her investigations, an intimate video of her was disseminated on the internet.  Alternative investigations showed that the authorities collaborated with relevant government agencies to secretly enter Ismayilova’s apartment and place a surveillance camera there to make the illegal recording.
Even after such a shocking blackmail, Ismayilova never ceased her investigations which forced the authorities to put legal barriers in the way of journalists: in June-July of 2012 the Azerbaijani parliament, the Milli Mejlis, adopted a series of amendments to the Law on the Right to Obtain Information, the Law on the State Registration of Legal Entities, and the Law on Commercial Secrets. By allowing commercial entities to keep their registration information secret, including information about their founders and charter capital, these amendments further narrowed the space for investigative journalism. Apart from being contradictory to Azerbaijan’s international obligations, these amendments turned the country into a fertile ground for illegal offshore investments
The masterminds and executors of the murders of two prominent Azerbaijani journalists, Elmar Huseynov (murdered in 2005) and Rafig Tagi (murdered in 2011), remained unpunished in 2012.
Although 2 journalists have recently been released from jail under a pardon decree, 8 journalists (Avaz Zeynalli, Hilal Mammadov, Faramaz Allahverdiyev, Vugar Gonagov, Zaur Guliyev, Hilal Mammadov, Araz Guliyev, Nijat Aliyev and Fuad Huseynov) still remain in prison on trumped-up charges. Government officials state that the internet is completely free in Azerbaijan, while in fact 3 of the 8 arrested journalists have been charged with uploading certain information on the internet.
2012 was an unsuccessful year for print media as well; a large number of newspaper kiosks were closed throughout the country, sale of newspapers was prohibited in many places and the sale of newspapers in the regions drastically declined. Moreover, huge financial penalties were imposed on newspapers based on defamation lawsuits filed by high-ranking government officials.
In 2012, positive reforms were also not implemented in TV and radio broadcasting sphere. The public, state and private broadcasters acted as a tool of propaganda for the authorities, and failed to provide pluralistic programming that serves the interests of society.
High-ranking government officials filed defamation lawsuits against the print media in 2012. Kangaroo courts subsequently handed down hefty fines for the publications on the basis of these lawsuits.
2012 was also marked by multiple cases of physical attacks on journalists by police and security guards of various government bodies, almost all of which went unpunished. The brutal attack on journalist Idrak Abbasov was one of the most violent incidents.
Thus, Azerbaijan, member state of European Council and OSCE, meets 2013 with a plenty of unsolved freedom of expression issues.
The Institute for Reporters’ Freedom and Safety (IRFS) once again urges the Azerbaijani government to immediately solve the above-mentioned problems.
At the same time, the IRFS calls upon the Council of Europe, OSCE and United Nations Organization, to pay more attention to freedom of expression situation in Azerbaijan and to demand for fulfillment of the country’s relevant obligations undertaken before these organizations.

On December 26th correspondent of Democracy and NGO Development Resource Center Ilgar Nasibov and IRFS journalist Elman Abbasov were interrogated under psychological pressure in Sadarak District Prosecutor’s Office.
I was demanded to provide an explanation regarding the “confession” of businessman Nadir Mammadov, said Ilgar Nasibov.
Nadir Mammadov was arrested for resisting a representative of authorities. In police station Mammadov was tortured to confess that journalists Ilgar Nasibov and Elman Abbasov provoked him into a conflict with customs officers.
“I told the investigator that Mammadov’s lawyer Khalid Bagirov says his client was forced to make that confession under physical pressure. This statement was noted in the case file. But the prosecutors denied having such a confession in the case file” said the journalist.  The journalist noted that he was questioned for quite a long time by the investigators, who frequently left the room to consult the General Prosecutor of the Nakhchivan Autonomous Republic. Nasibov was set free after a six hours’ interrogation.
Journalist Elman Abbasov was similarly questioned for six hours.
On December 8th journalists Elman Abbasov and Ilgar Nasibov were subject to pressure at Nakhchivan Customs Office, where they came at the request of businessman Mammad Gurbanov, who asked the journalists to film the process of checking the products that he had imported from Turkey. The customs officers confiscated the video camera, voice recorder and mobile phones belonging to the journalists. Businessman Mammad Gurbanov and his relative Nadir Mammadov were slandered and arrested. Both of the men were sentenced to 2 months of pretrial detention.

Azerbaijani President Ilham Aliyev signed a decree on December 26th pardoning 87 convicts. Seventy nine of them were exempted from the remainder of their sentence, four from hard labor, and another four from penalties. 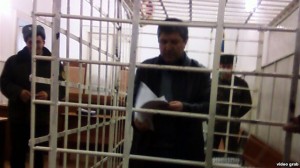 On December 26 Baku Grave Crimes held a hearing on the case of Khural newspaper chief editor Avaz Zeynalli. Lawyer Elchin Sadigov asked Zeynalli questions about his relationship with former MP Gular Ahmadova and the articles about her published in Khural newspaper. When the lawyer asked whether Zeynalli gave permission to Ahmadova to record his voice, the editor denied giving such permission, saying that his voice was recorded illegally. According to Zeynalli, after failing to engage the Ministry of National Security in the scheme against him, Ahmadova turned to the Anti-Corruption Office for help, as this government body is under the guidance of Presidential Administration head Ramiz Mehdiyev.

Then Zeynalli asked the judge to read a strange letter that was among his case file documents. “The letter was sent to the Anti-Corruption Office by the Real Estate Registry Service and the problems and persons mentioned in this letter have nothing to do with me. The charges filed against me are so trumped-up that even the court and investigators are not aware of this letter” said Zeynalli.

However the trial was canceled, as judge Ramella Allahverdiyeva suddenly felt bad. The next hearing is scheduled for January 9, 2pm 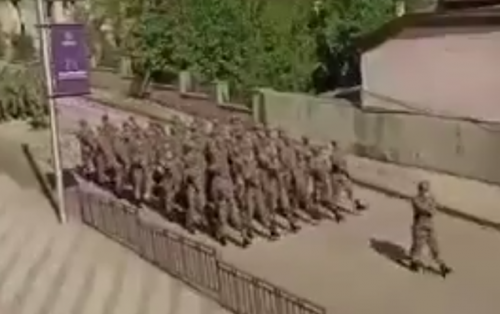 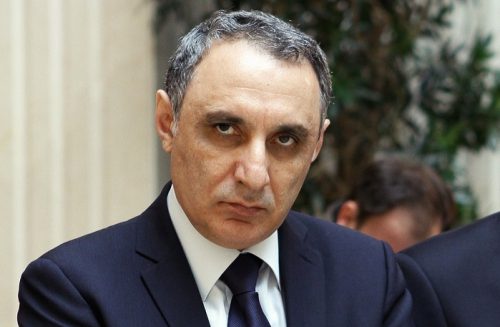